It is a chemical element whose atomic number 1 and its symbol is H. It has a standard atomic weight of 1.008, which means it is the lightest element in the periodic table. Hydrogen is the most common chemical element in the universe, about 75% of the baryonic mass is hydrogen. The stars are mostly made of hydrogen. The most common isotope of hydrogen is a proton, surrounded by an electron. 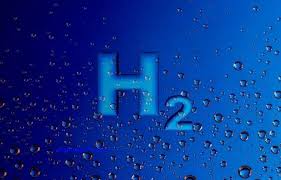 At standard temperature and pressure, hydrogen is colorless, odorless, tasteless, non-toxic, nonmetal and very easily burned. When alone, it usually binds to it to make H2.

The occurrence of hydrogen In its purest form on Earth, hydrogen is usually a gas. It is one of the components that make up a water molecule. H is very important because it is a fuel that gives powers to the sun and stars. H makes up 74% of the entire universe. The hydrogen symbol H on periodic table elements.

Pure H is usually composed of two H atoms. Scientists call these diatomic molecules. H has a chemical reaction when combined with many other elements. It has no color or smell. 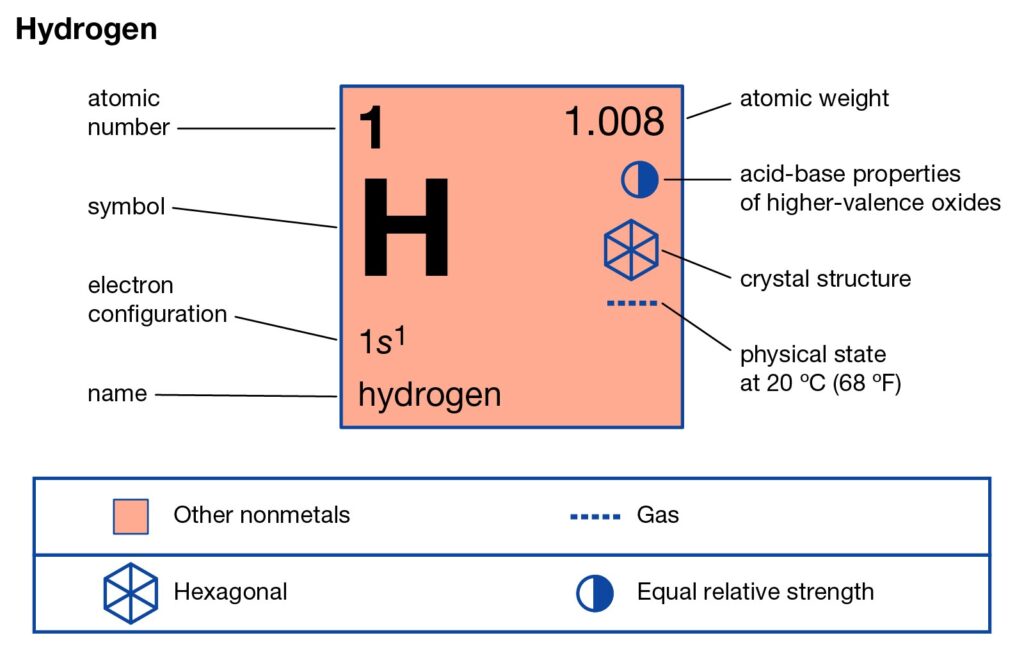 Pure H is very common in the Earth’s atmosphere. In nature, it is usually present in water. It is present in all organisms as part of the organic compounds that organisms make.  Hydrogen atoms combine with carbon to form hydrocarbons(C-H). Petroleum and other fossil fuels are made of these hydrocarbons and are commonly used to create energy for human consumption.

It has three isotopes; Others are called deuterium and tritium. Like normal H, they both have only one proton and one electron, but deuterium also has one neutron and two in the tritium. These other types of it are important in the reactions of nuclear energy and organic chemistry.

A nuclear fusion reaction is the most powerful source of energy. It relies on forcing atoms together to make helium and energy, as in a star-like a sun or a hydrogen bomb. It requires a huge amount of energy to get started and is not easy to do yet. The big advantage over nuclear fusion used in today’s nuclear power plants is that it produces less nuclear waste and does not use toxic and rare fuel like uranium. 600 million tones of H per second burns under the sun.

Water electrolysis breaks water into hydrogen and oxygen using electricity. Burning hydrogen combines with oxygen atoms to evaporate (pure water vapor). The fuel cell combines it with an oxygen atom, releasing the electron into electricity. For these reasons, many believe that hydrogen energy will eventually replace other synthetic fuels.

It can also be used as fuel in the fuel cell or burned to heat steam turbines or internal combustion engines. It can be generated from many sources, such as coal, natural gas or electricity, and is, therefore, a valuable addition to the power grid; In the same role as natural gas. Such a grid and infrastructure with fuel cell vehicles is now being planned by many countries, including Japan, Korea, and many European countries. This enables these countries to buy less petroleum, which is an economic benefit. The other advantage is that using a fuel cell or burning it in a combustion engine, as in an H car, does not cause motor pollution. Only water and a small number of nitrogen oxides are formed.